by superadmin on August 2, 2017 in Case studies 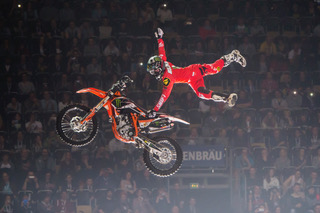 Nitro Circus Live is one of the hottest touring acts on the planet. Headlining by 15 time X Games winner and NASCAR superstar Travis Pastrana, Nitro Circus Live features the worlds best extreme sport athletes performing tricks that have to be seen to be believed! THM Sport has played an integral part in building momentum for the world tour through digital and above the line activations.